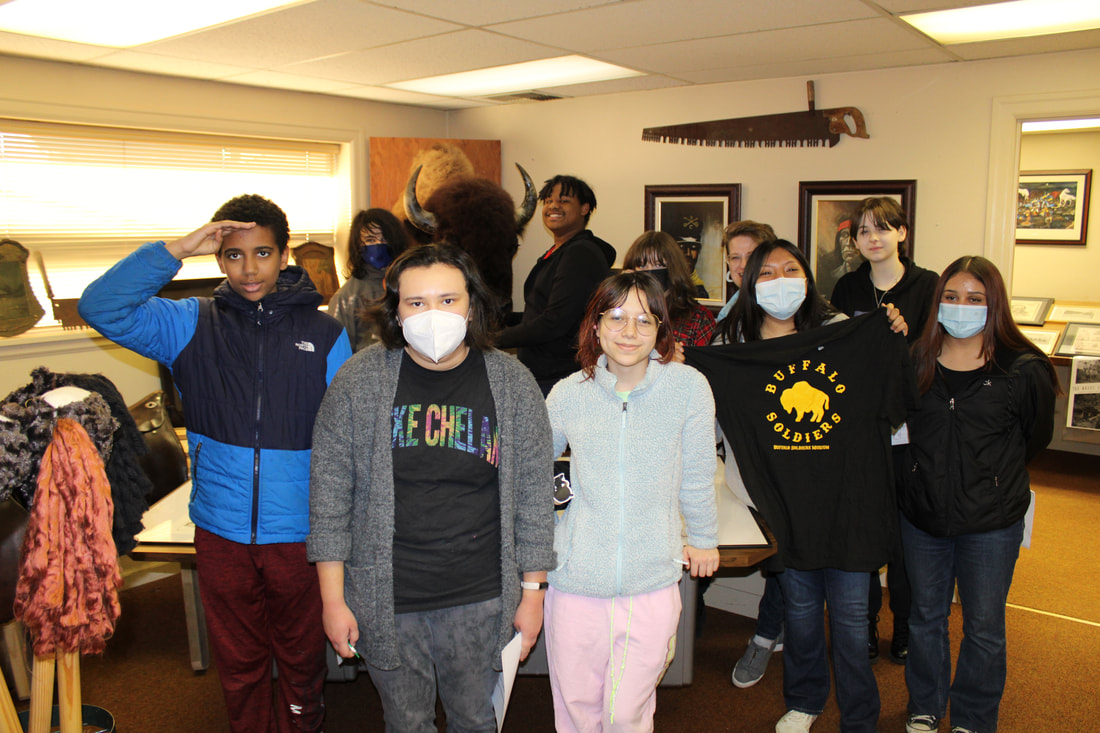 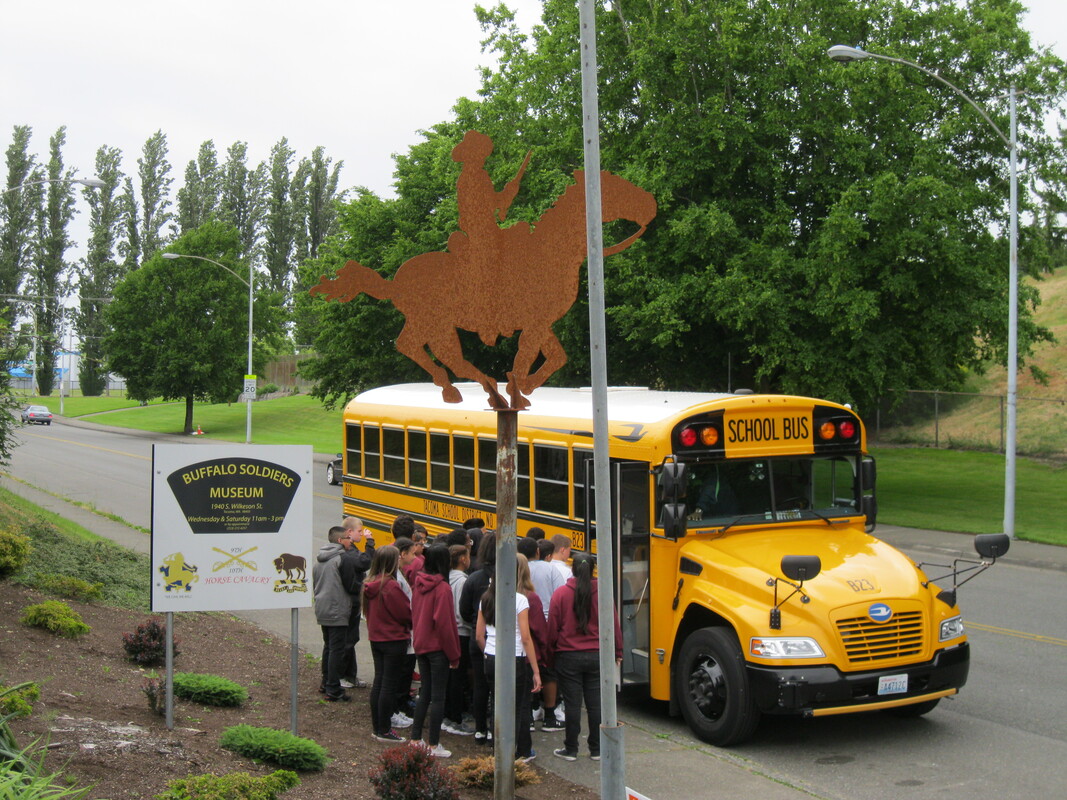 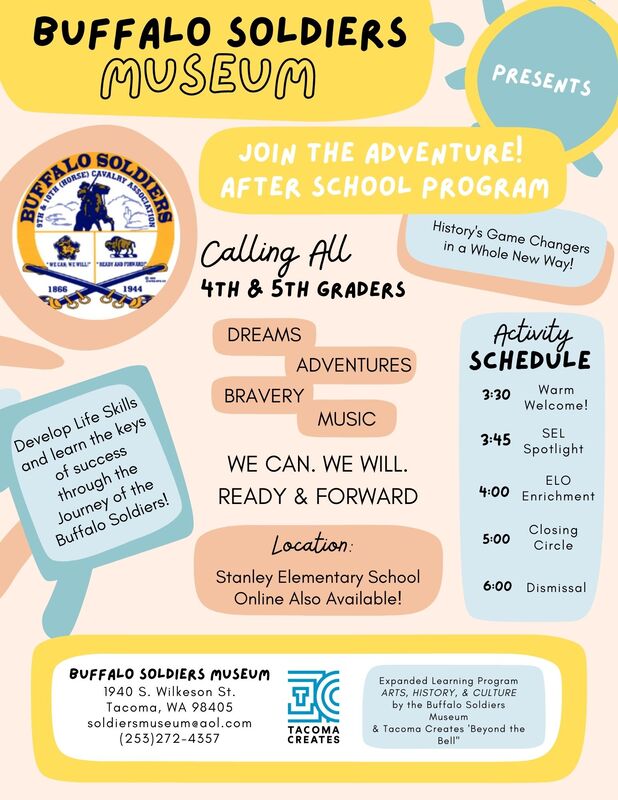 History at Home by Kevin Frazier

Buffalo Soldiers: The African Americans Who Won the West | Told by Kevin Frazier | History at Home - YouTube
​
HISTORY AT HOME
85 Years of Courage, Valor and Heroism
www.nps.gov/subjects/buffalosoldiers/index.htm
Buffalo Soldiers and National Parks History
national_park_service_-_handout.pdf
LEARNING LABS
The Smithsonian Institution Archives (SIA) is the archives of the Smithsonian Institution.
ART, HISTORY AND CULTURE LEARNING LAB FOR YOUTH
Greetings from the Education Team of the National Museum of African American History and Culture!!
https://learninglab.si.edu/org/nmaahc
We are excited to share objects, stories, and resources that tell American history through the African American lens!   Our Learning Lab collections provide ways to explore well-known and lesser-known moments of history by utilizing objects, documents, imagery, and videos to enhance content knowledge, hone historical thinking skills and inspire users to see themselves as agents of change.

The nickname was given by the native American tribes they fought. According to the Buffalo Soldiers National Museum, the name originated with the Cheyenne warriors in 1867. The actual Cheyenne translation was “Wild Buffalo”. Writer Walter Hill documented the origin of the name according to an account by Colonel Benjamin Grierson, who founded the 10th Cavalry regiment, recalling an 1871 campaign against the Comanche tribe.

Some say the nickname was given out of respect for the fierce fighting ability of the 10th cavalry. Others claim that native Americans called the black cavalry troops “buffalo soldiers” because of their dark curly hair, which resembled a buffalo’s coat. Still other sources point to a combination of both legends.

The term Buffalo Soldiers became a generic term for all black soldiers. It is now used for U.S. Army units that trace their direct lineage back to the 9th and 10th Cavalry, units whose bravery earned them an honored place in U.S. history. Not all of the recruits were former slaves; most were free blacks of Northern parentage and many had served with distinction during the Civil War. 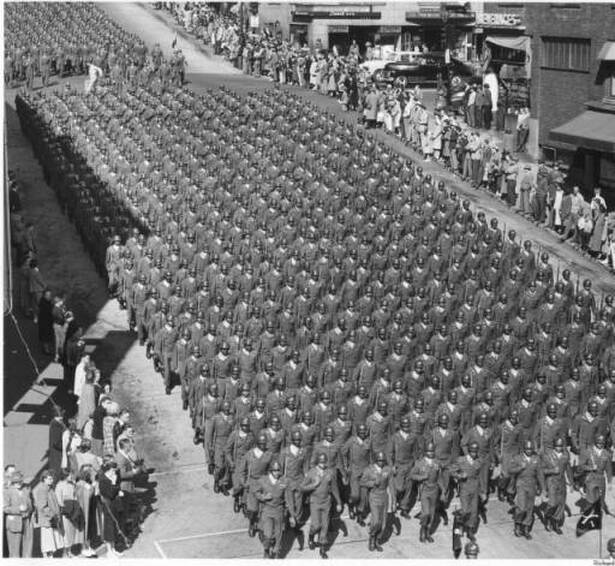 The Buffalo Soldiers played a significant role here is Washington State since late 1800’s.  Buffalo Soldiers were stewards and the Nation’s first National Park Service rangers.  This term was Buffalo Soldiers refers to the all-black soldiers of the Unites States Army from 1866 – 1944.   This is a story about “LOVE OF LIBERTY” and America.  This map illustrates their service to the United States Armed Forces.